Stop trying to become the next Oprah Winfrey….

When she stood on stage at the Golden Globes in January 2018 proclaiming  “a new day has come” Oprah became the leading charge for the #metoo and #timesup movements.

I recently read an article on her where she said: ” I don’t think I’ve ever really gotten star-struck or get star-struck because I tend to live like we are all the same, because we are….”

And I must say I really agree on what she says.

Attempting to fulfill other people’s expectations is a fool’s errand when it comes to creative work.

The creation of fulfilling creative work is the result of losing yourself in the moment. When the work is done, your role comes to an end. The fate of a book, a film, a music album is ultimately out of your hands. You can’t control how the world responds.

But when you examine the most successful creators, almost none of them started out to gain fame, fortune, prestige, and accolades.

We tend to undervalue creating only for ourselves and overvalue creating for a huge audience. But your audience of one will be there every day when you wake up. If you think that you’ll step it up only when the audience is larger, the audience, paradoxically, won’t get any larger.

One of the hardest things to do is separate your work and the effort that you put in from the results.

As a creator, your job is to commit to becoming the best version of you. If you’re a better version of yourself today than you were yesterday, that’s progress. 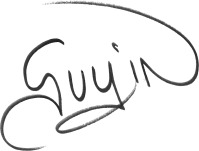